Hamilton Dominates for Third Modified Feature Win in a Row!

Matt Hamilton started off the 2021 season driving for someone else.  For whatever reason, they could not find a winning combination and Matt decided to go back to some familiar equipment and success returned to the Aurora, Indiana native.  Since that point he has pretty much dominated.  This past Saturday, he led all 20 laps on his way to his third feature victory in a row and 37th of his career in the KOI Auto Parts UMP Modified division.  Series point leader and 2-time defending track champ, David Spille finished second followed Jeffrey Jessup, Zack Bolton, and Gage Clark.  Heat race winners were Bobby Burleson, Matt Hamilton, and Joey Kramer.  The KOI Auto Parts Modifieds return to the track on Saturday September 4th.

Middletown, Ohio’s Ryan Paciocco led all 20 laps in the 4th running of the Besslers U Pull N Save Hornet Nationals.  Paciocco took off from the outside of the front row and never looked back.  He was never seriously challenged.  Along with his first feature win, the race paid him $1500 to win.  The rest of the top 5 was Kevin McCoy, Doug Yust, Landen Ramirez, and Bobbo Smith.  Heat race winners were Bobbo Smith, Billey Moore, and Landen Ramirez.  The Besslers U Pull N Save Hornets return to the track on Saturday September 4th. 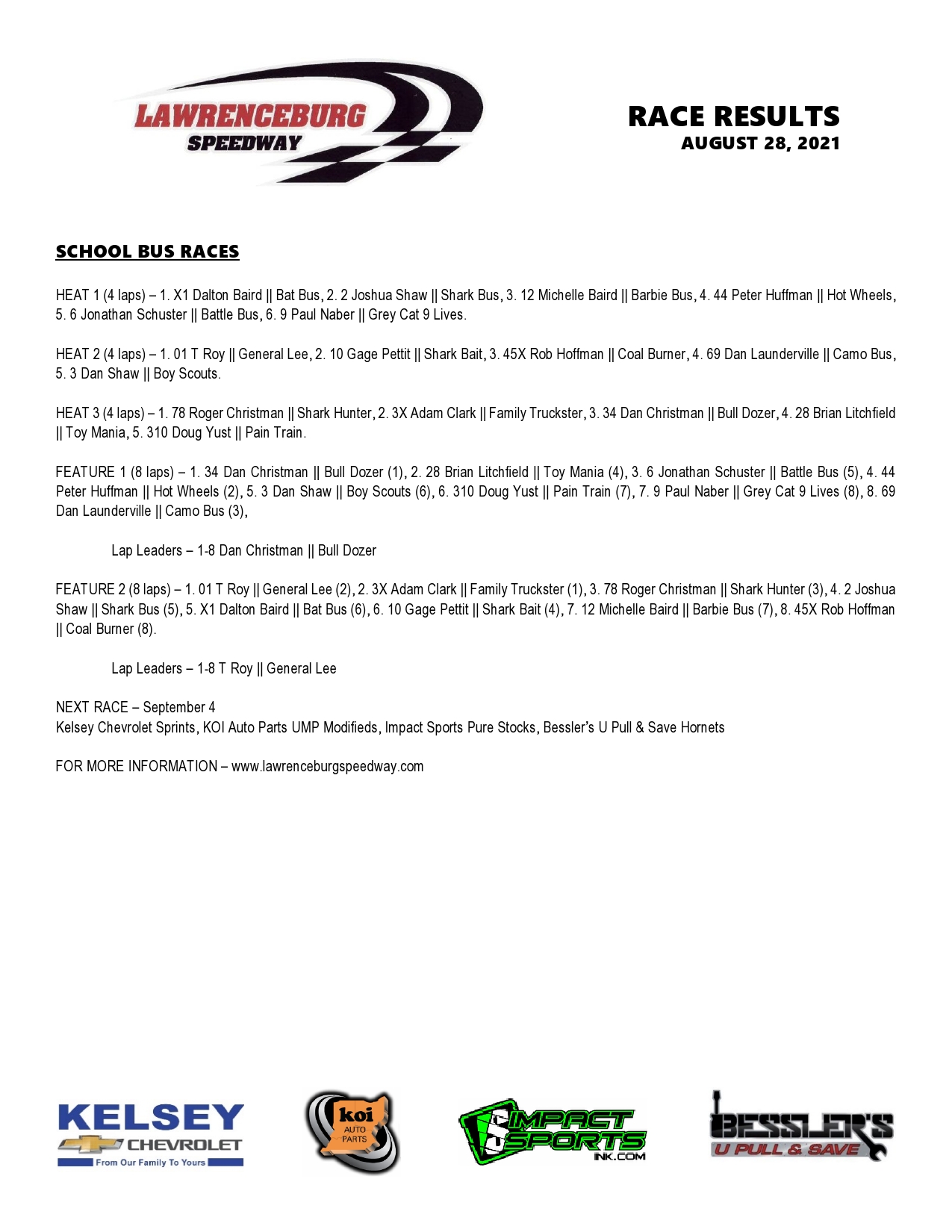 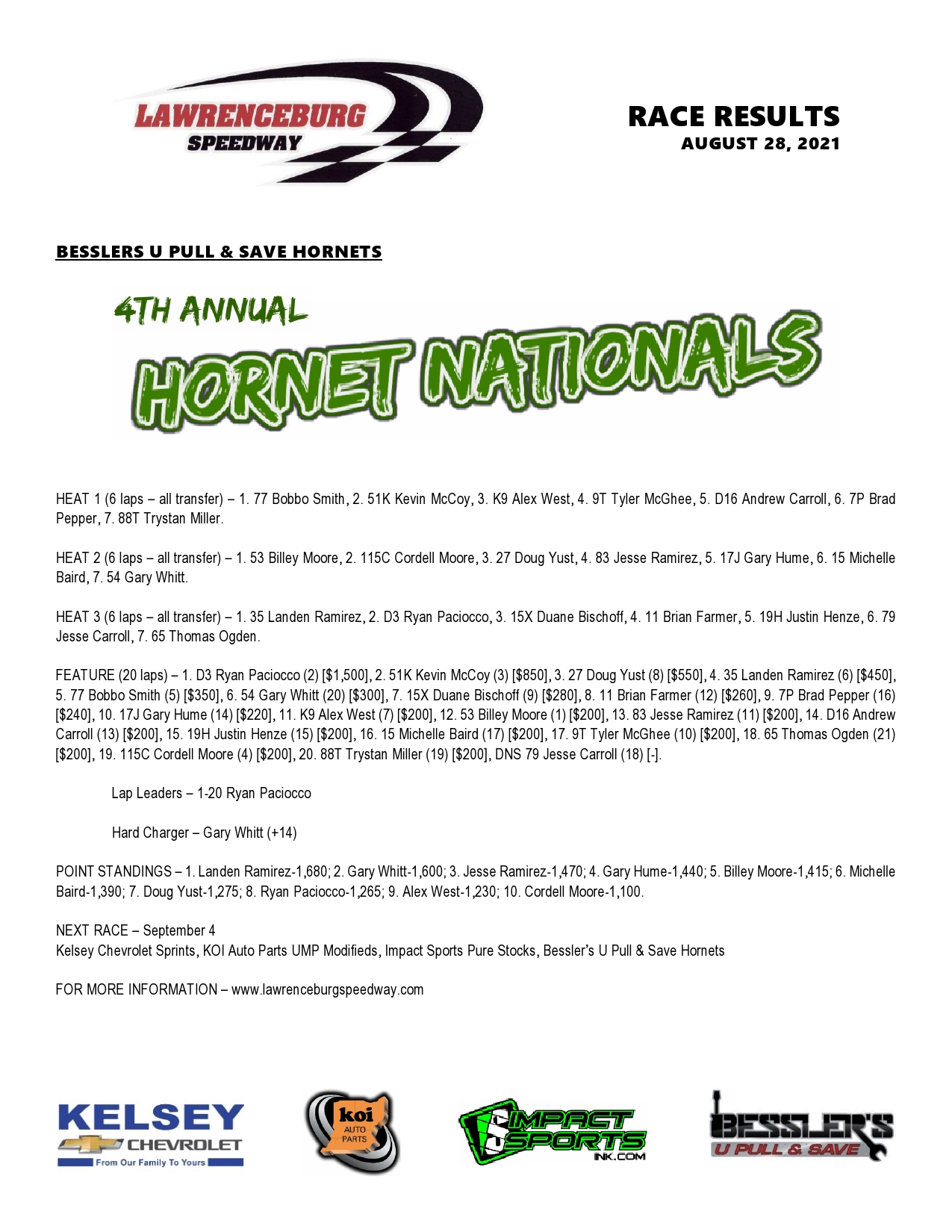