Matt Hamilton had to do it the hard way in order to pick up his first feature win in over a year at The Lawrenceburg Speedway.  The second winningest driver at Lawrenceburg in the Modifieds, has been in a bit of a dry spell of late struggling to find victory lane.  On this night, Hamilton was dominating his heat race until smoke began to billow from the engine of his 9H bringing him to stop on the track.  That smoke normally spells the end of the night for a car.  Fortunately for Hamilton it was an oil cooler hose that blew off causing the smoke.  He was able to make repairs and start from the tail of the feature field.  Hamilton methodically moved his way to the front and took the lead on lap 16 from Scotty Kincaid of the 20-lap feature.  Hamilton would lead the final 5 laps of the feature on his way to his first win of the 2021 season.  The rest of the top 5 was Scotty Kincaid, David Spille, Bobby Burleson and Mitch Thomas.  Heat race winners were Kincaid and Burleson.  The KOI Auto Parts Modifieds return to the track on Saturday August 7th. 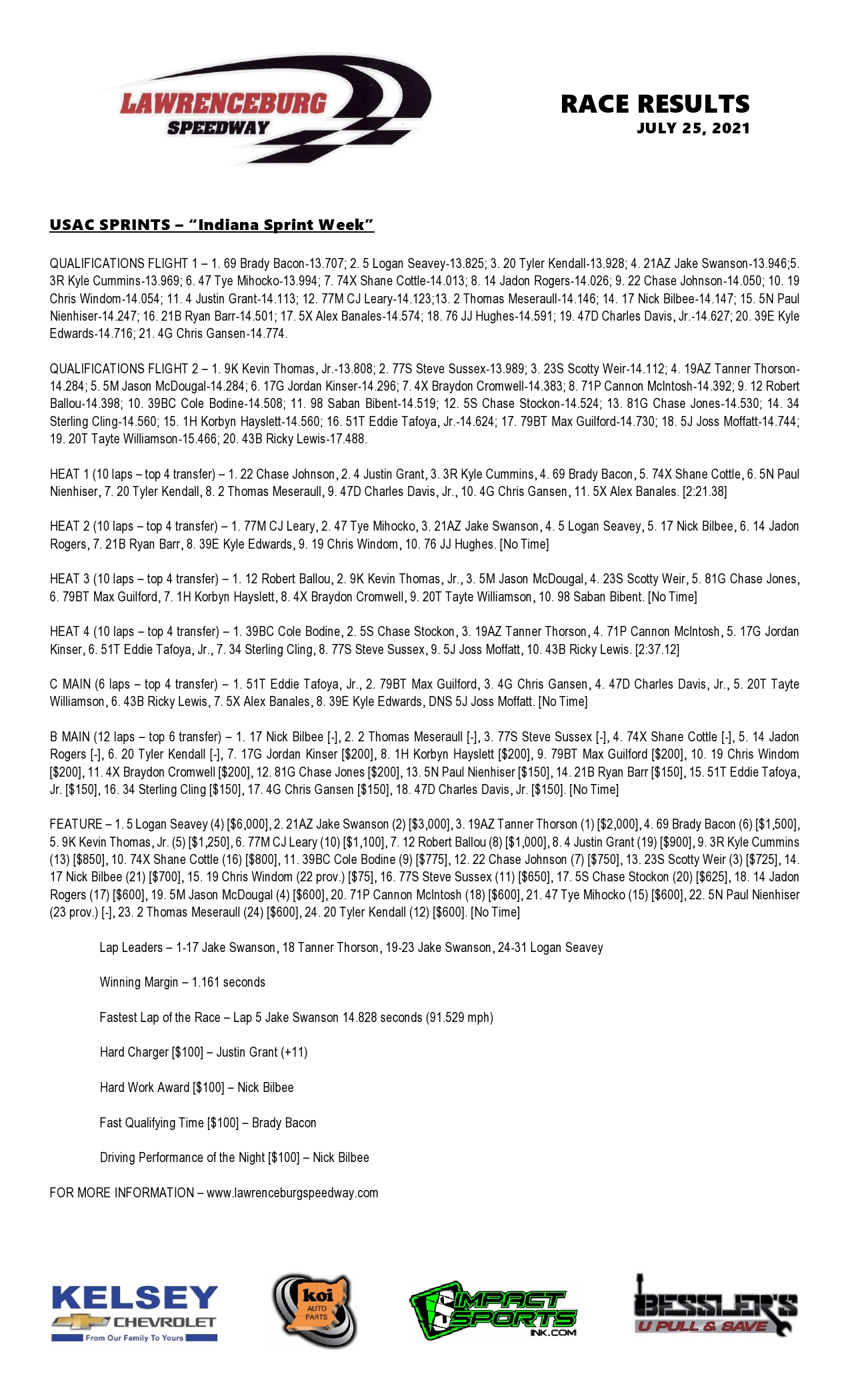 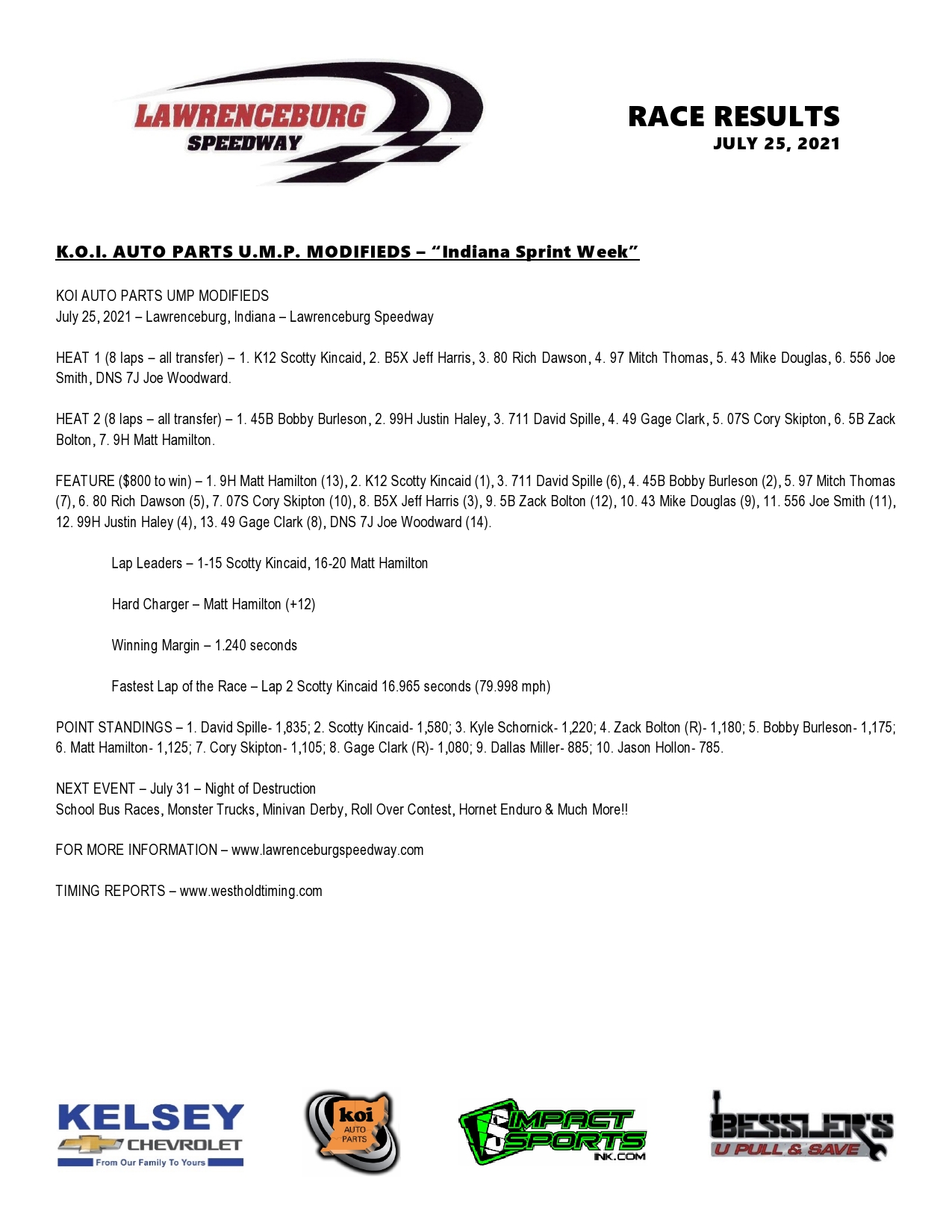