Logan Seavey was the last car on the track for the Kelsey Chevrolet Sprint Car Feature.  There was good reason for that.  Seavey had just won the USAC Midget Week Feature.  He dominated the 30-lap midget feature and after a nice celebration in victory lane, had to strap into the Baldwin Brothers #5 and race 25 laps in the Kelsey Chevrolet Sprint Car Feature.  Seavey would start from the 10th position and after a couple early race incidents, would find himself right in the mix for the win with CJ Leary and Brady Bacon.  Leary had taken the lead early on, while Seavey traded sliders with both Leary and Bacon.  Once the leaders encountered lapped traffic, the three car battle heated up with Leary, Bacon, and Seavey all fighting for the top spot.  Seavey would grab the lead for good on lap 15 and lead until the checkered flag.  The rest of the top five was Brady Bacon, CJ Leary, Justin Grant, and Thomas Meseraull.  Heat race winners were Leary, Tye Mihocko, Scotty Weir, and Justin Grant.  Sterling Cling won the B Main.  The Kelsey Chevrolet Sprint Cars return to the track on Saturday June 12th. 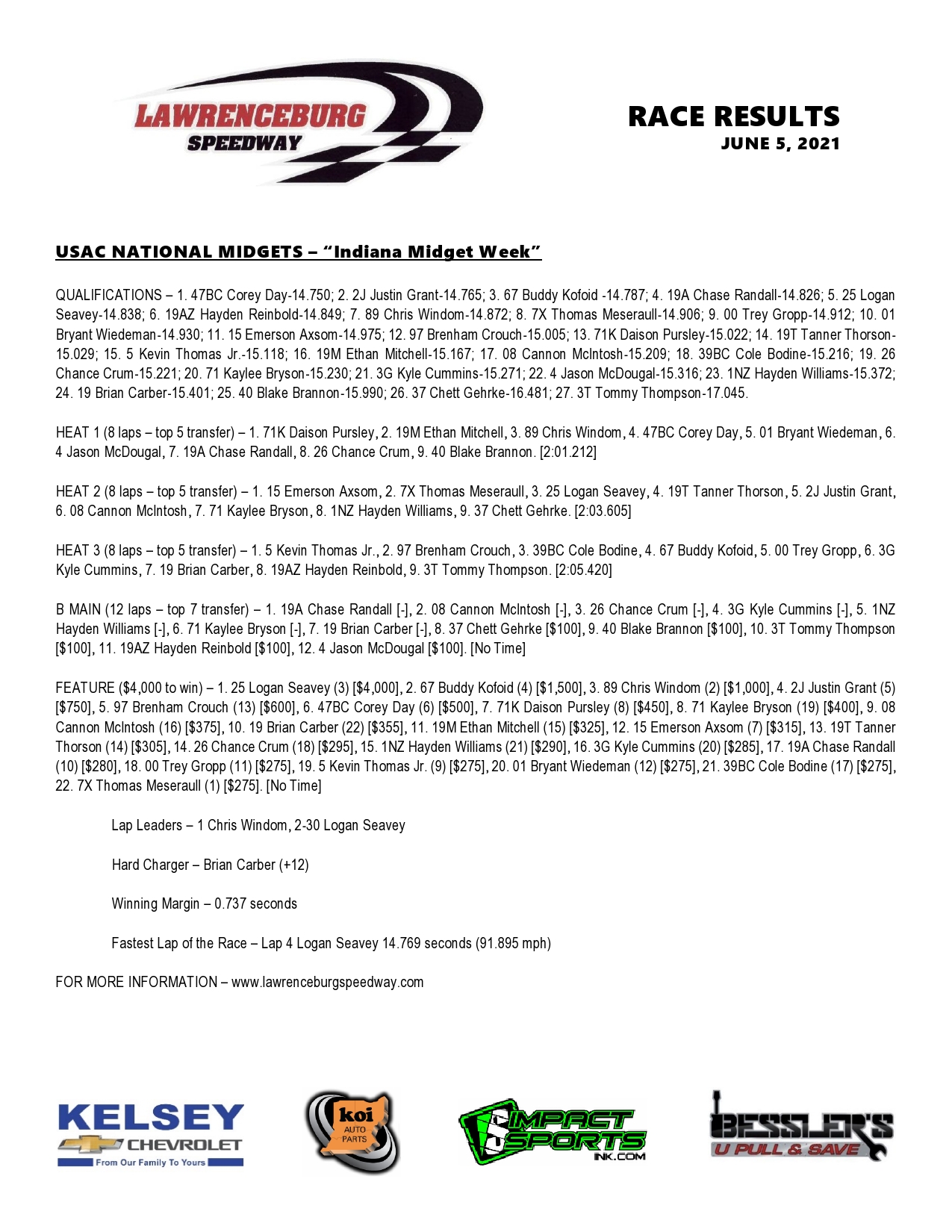 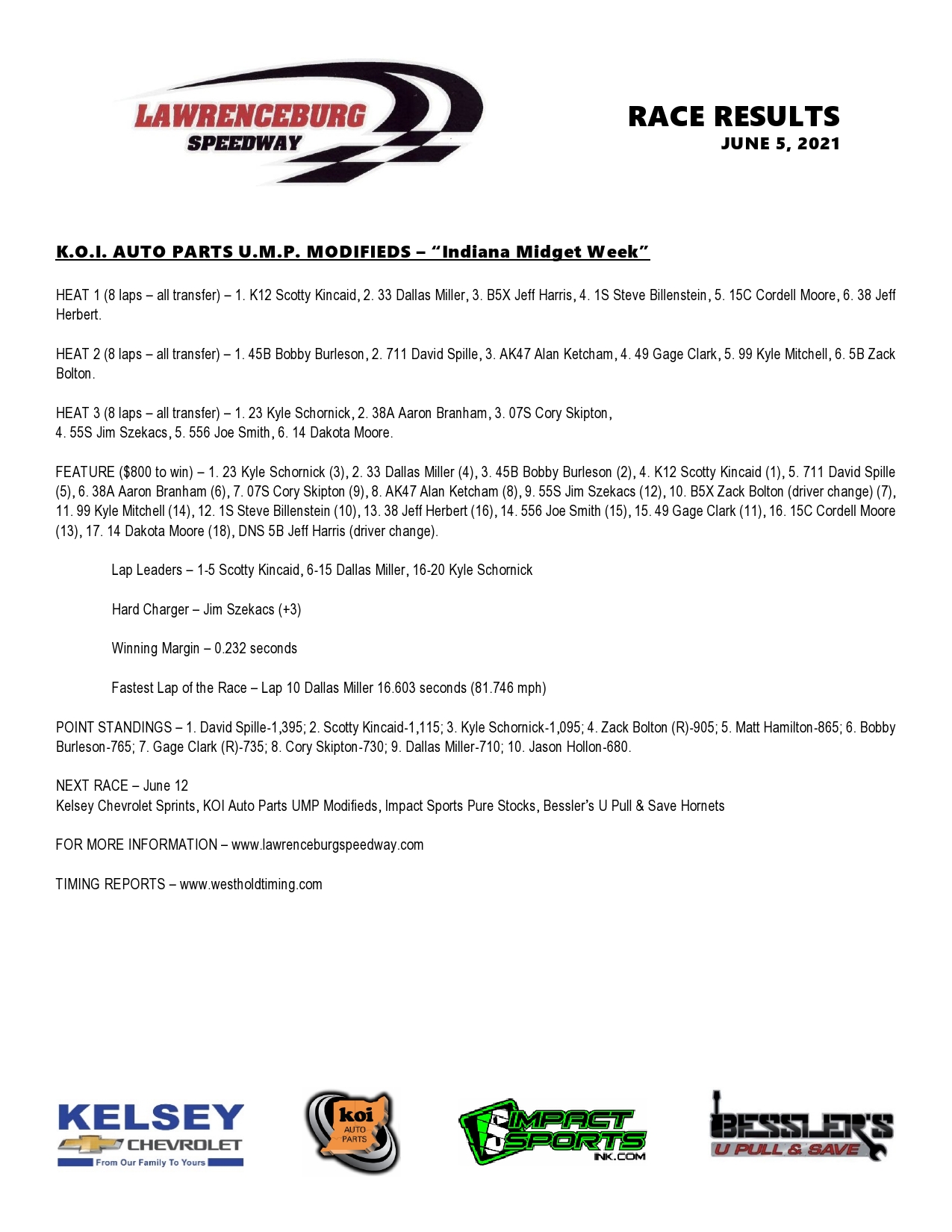 Kyle Schornick has been the most dominant driver in the KOI Autoparts Modifieds in 2021.  He isn’t even racing for points, and has missed a couple races, but when he shows up, he has shown that he is the best there is right now at Lawrenceburg.  On this Saturday night, Schornick ended up in victory lane, but he may not have had the fastest car.  18 year old Dallas Miller took the lead away from Scotty Kincaid on lap 5 and looked to be pulling away from the field.  After Schornick got around Kincaid, Miller was still able to keep him at bay. On lap 16, Miller got sideways in turn 3 which allowed Schornick to grab the lead away from Miller.  Miller would fight back and almost grab the win coming to the checkered flag but Schornick would prevail.  Miller finished second followed by Bobby Burelson, Scotty Kincaid, and David Spille.  Heat race winners were Kincaid, Burleson, and Schornick.  The KOI Autoparts Modifieds return to the track on Saturday June 12th.