Kyle Schornick picked up in 2021 where he left off in 2020 winning the opening night of the 2021 KOI Auto Parts UMP Modifieds feature at Lawrenceburg.  The Milan, Indiana native and former track champion dominated the 20-lap feature leading every lap.  Jason Hollan who would finish second, challenged Schornick for the lead through the middle portion of the race but could never make the pass.  The rest of the top 5 was the defending track champ, David Spille, Chris Johnson and Scotty Kincaid.  Heat race winners were Jason Hollan and Kyle Schornick.  The KOI UMP modifieds return to the track on Saturday April 10th.

Jesse Ramirez won for the first time in four years on opening night at Lawrenceburg.  30 Besslers U Pull N Save Hornets were on hand for opening night at The Lawrenceburg Speedway.  The 12-lap feature race had 3 different leaders with Thomas Ogden who was strong all night taking the lead on the start.  A flat tire quickly ended his chances at a win.  This turned the lead over to Connor Heaston.  Heaston, like Ogden was trying to win for the first time in a hornet at Lawrenceburg.  Heaston led for 4 laps before Jesse Ramirez went around him for the lead.  Ramirez would pull away from the field on his way to his first career Hornet feature win.  The rest of the top 5 was Michelle Baird, Alex West, Landon Ramirez, and Gary Whitt.  Heat race winners were Ogden, Heaston, Billey Moore, and Alex West.  Tony Pollard won the B Main.  The Besslers U Pull N Save Hornets return to the track on Saturday April 10th. 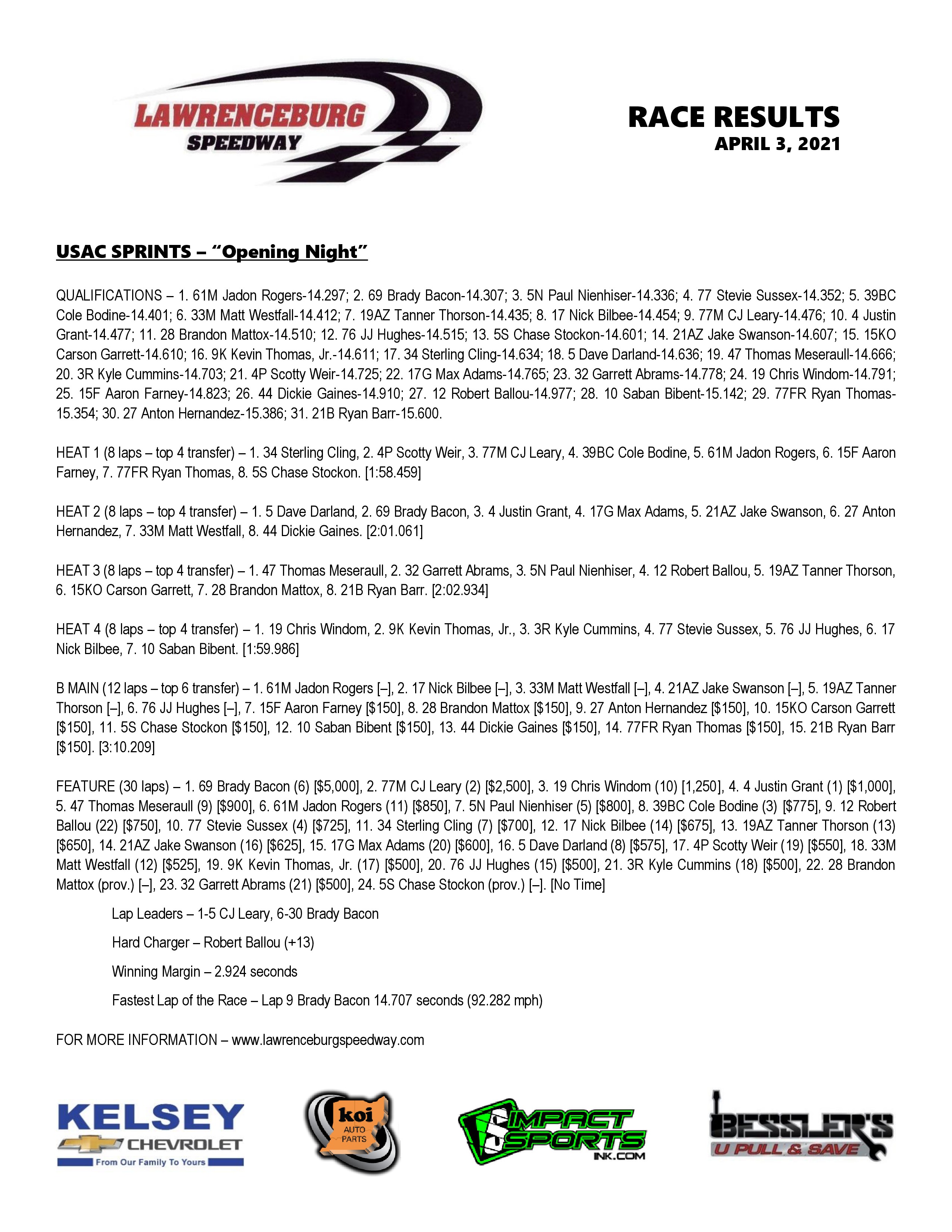 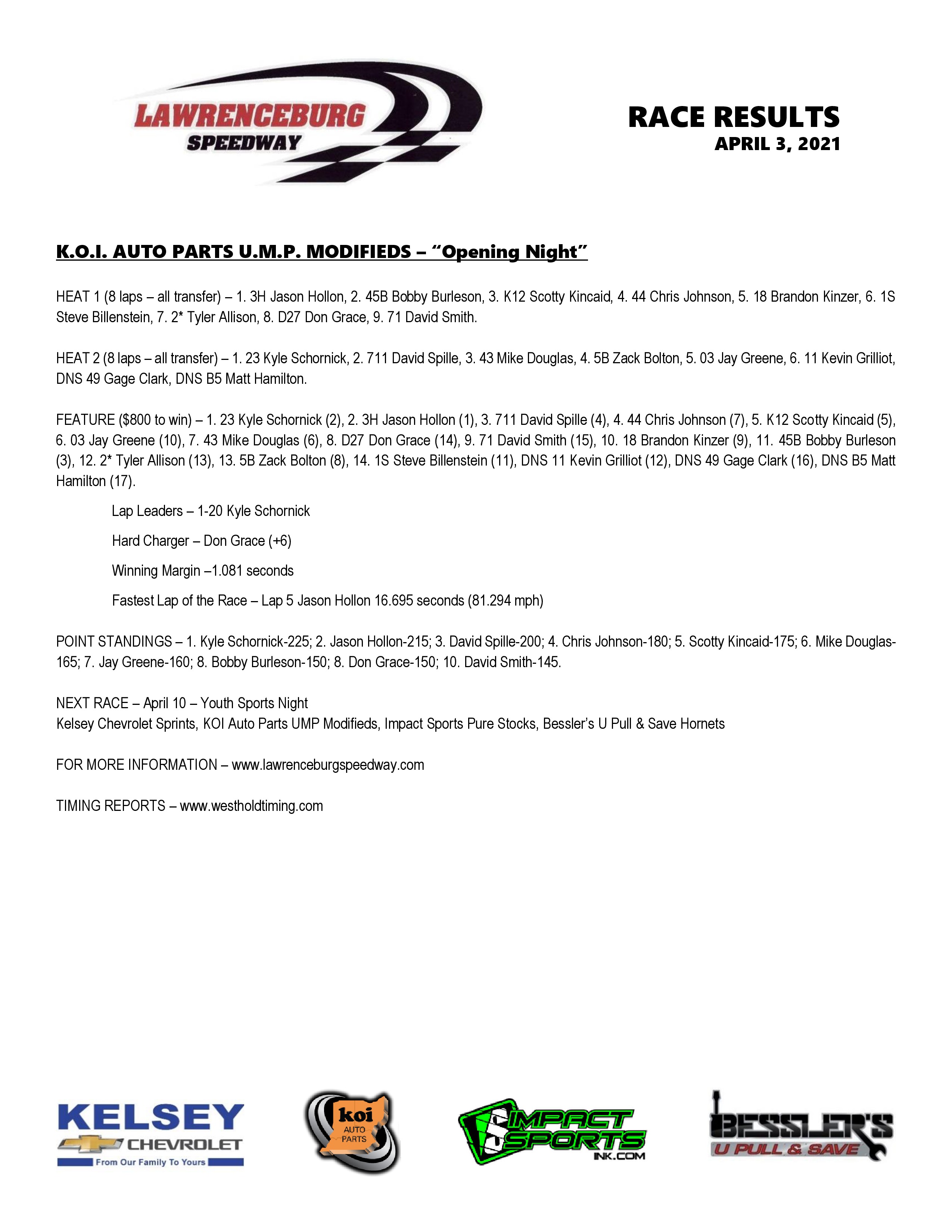 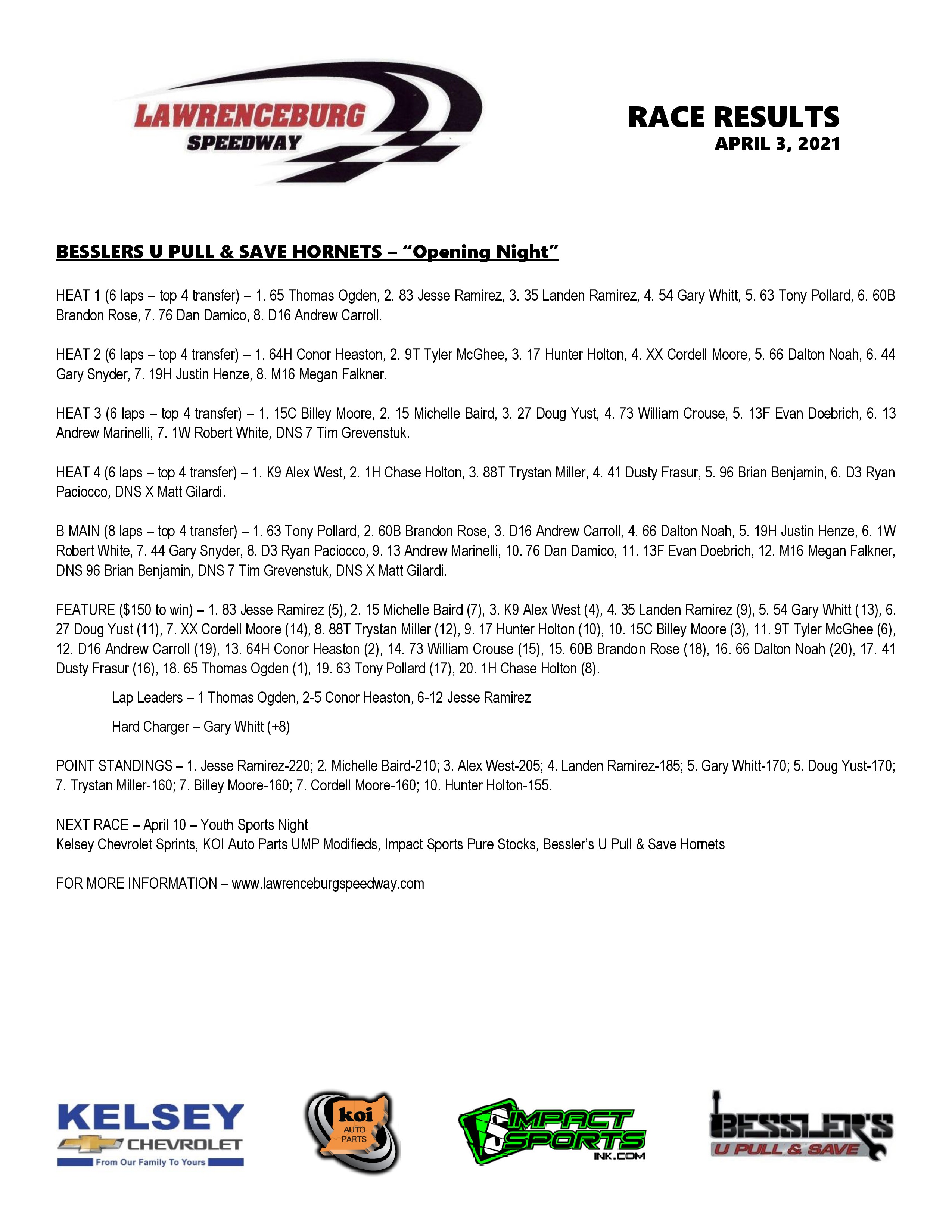